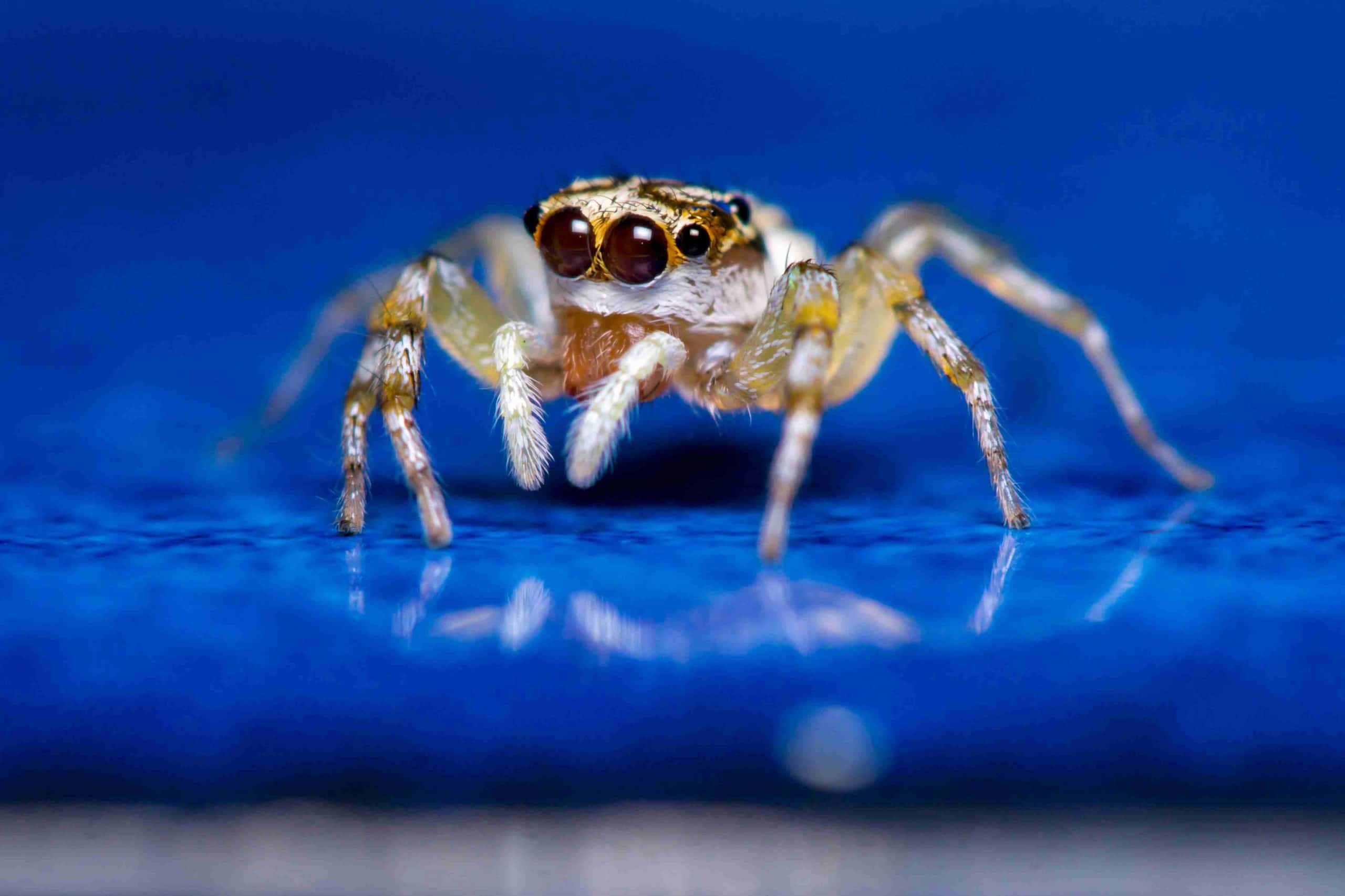 Spiders are most easily identified by their 8 legs. They have two body sections and no wings or antennae.

How do spiders enter your home?

Spiders can find their way into your home through loose screens, cracks under doors, or other openings. They usually enter in search of food, warmth, moisture, or a mate. If there are already bugs living in your home, usually spiders will follow shortly after, since insects are their main food source. Also, residents may unwittingly introduce spiders into their home when they bring items from a shed or attic, firewood, clothing, or houseplants inside.

How Serious Are Spider Bites?

While most spiders are harmless, some can deliver serious bites. In the US, two species can be particularly harmful to humans. These are the Black Widow and the Brown Recluse. Black Widows can be identified by a red hourglass shape on the underside of their abdomen. Brown Recluse spiders are sandy brown with a dark brown marking on their bodies. They also have long uniformly-colored brown legs.

Many species of spiders prefer moisture, so they often settle in basements, crawl spaces, or other damp places. Others like dry heat and will retreat to air vents, upper corners of rooms, or attics to make their home.

Spiders feed almost exclusively on insects and smaller spiders. Because their mouthparts are usually extremely small, they rely on digestive enzymes in their saliva to break down their prey before eating it.

During mating, males conduct elaborate dances to attract a mate. Depending on the species, between 20 to 100 spiderlings emerge from the female’s egg sac, although not all will survive. Spiderlings will continually molt through their adolescence to eventually develop into a fully-grown adult. 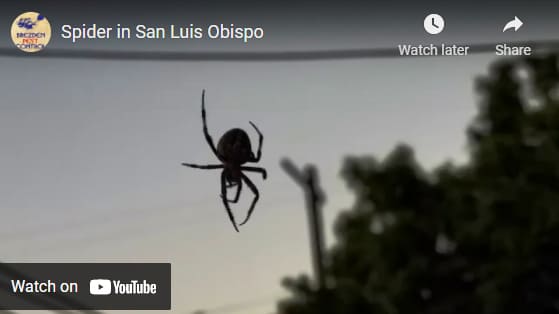 Spiders produce strong adhesive silk which they use to construct webs, wrap prey, or make egg sacs. Spider webs vary in size and shape depending on the species, and some prefer to live in burrows or small crevices rather than on a web.

How can I get rid of spiders?

Every situation is different, so each home requires a uniquely-designed treatment plan. Unfortunately, there is no one-time treatment that will keep spiders out of your home forever. Instead, an ongoing process must be put in place to continually monitor the situation.

Bug bombs may be a popular remedy for many pests and insects, but they are not an effective treatment for spiders. In practice, most of the powder from the bug bomb ends up settling on floors or countertops instead of reaching the cracks and crevices where spiders usually dwell. The residue that remains after a bug bomb can have damaging effects on the respiratory system. Furthermore, the active ingredient in most bug bombs is targeted for arthropods and has little to no effect on arachnids. Rather than killing the spiders, at best they just act as a repellent and drive the spiders to a different part of your home.

The key to eliminating spiders from your home is removing their hiding places. Here are some things you can do:

Items such as essential oils, cedar, cinnamon, cloves, and other natural substances are often used as a spider repellent. It is understandable why these methods would be appealing to people – they contain no harmful chemicals, and they are very eco-friendly. However, there is no evidence that natural spider repellents like the ones mentioned above are at all effective. Some may at times show limited success, but even these must be frequently reapplied, which can get expensive quickly.

Whether it’s a DIY or over-the-counter spider repellent, at best they offer only a short term solution. Instead, those trying to prevent spiders from entering their home should remove woodpiles and other debris from their yard. Also, limiting artificial light in and around your house will be a big help, as those lights attract spiders’ main food source.

Of course, the best long-term solution to remove and prevent spiders from entering your home is allowing a team of trained professionals to implement a treatment plan for your specific situation.

There are over 30,000 known species of spiders in the world. They can range anywhere from ¼” to 7” long. In general, spiders are very beneficial to our well-being and the ecosystem in general, playing a big role in limiting the population of mosquitos, moths, and other insects we would consider pests. Unfortunately, this fact is often overlooked due to the general public’s fear of spider bites. This fear is understandable, as some species of spiders do pose a serious medical threat to humans. However, the vast majority of spiders do not possess mouthparts large enough to penetrate human skin and therefore are more or less harmless.

There are other ways in which spiders can affect our health besides bites. The inhalation of spider hairs, webs, scales, or other airborne spider parts can be a factor, especially for those with allergies.

It is important to be able to identify a spider bite so that you can immediately seek out the proper medical care from a physician. Spider bites leave two small puncture wounds close together, so that is what you should look for. Often, what people think are spider bites were actually caused by some other insect.

Other symptoms can be either local or systemic depending on the type of spider. Experts generally categorize spider bites into three categories: Widow spiders, Violin spiders, and all others.

Which spiders are venomous? How harmful are their bites?

People often want to know how they can tell if a spider is venomous or not? The truth is almost all spiders use venom to paralyze and kill their prey (the exception is Uloboridae spiders, which are non-venomous). However, most spiders fangs are too short to penetrate human skin, and even if they can, the spider’s venom is usually not strong enough to cause a harmful reaction in humans. Based on the current literature, there are only 50 known species of spiders in the world that pose a serious medical threat.

Fortunately, spiders are usually timid creatures that will only bite when they feel threatened or are injured. Often, spiders will bite without injecting any venom. The severity of a bite depends on the amount of venom injected and how your body’s immune system reacts to it. Most hurt less than a bee sting and cause only temporary, localized pain.

Most Common Spiders In The United States That Bite Humans

The following is a list of spiders in the US that have been known to bite humans. None of these spiders are known to be very aggressive. Widow and Recluse Spiders are the most serious medically, but the remainder have little medical significance.

I was sweeping down cobwebs on the outside of my new house when I noticed a lot of black widows. Brezden was recommended by my realtor and my new neighbor. When I called they were very nice and accommodating.
Rebecca Wagoner 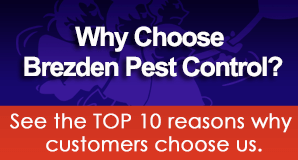